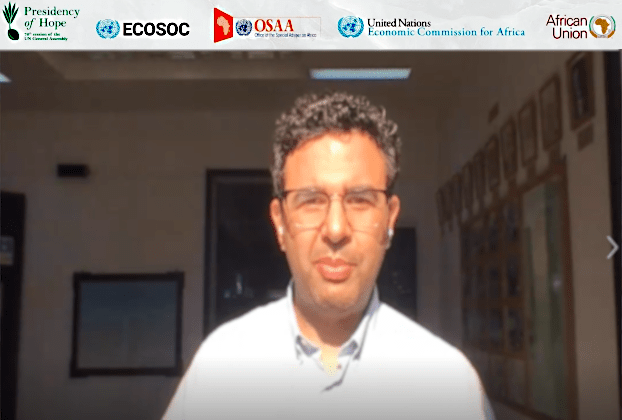 VA’s input has been selected for inclusion in the Special high-level dialogue entitled “The Africa We Want: Reconfirming the Development of Africa as a Priority of the United Nations System” at UN Headquarters on 20 July 2022. The event was hosted by the UN General Assembly and UN Economic and Social Council.

The event was held under the broader title ‘The Africa We Want’, and aimed to contribute to achieving Africa’s transformative vision for development, as encapsulated in the seven aspirations of the African Union’s (AU) Agenda 2063.

There were two roundtables:

In collaboration with Dr. Essam Heggy, VA submitted the following statement to roundtable 1:

Text of the Statement re COP27 roundtable
at the Special High Level Dialogue on the Africa We Want.

My Name is Essam Heggy, I am an Earth scientist. I left Egypt and Africa my home country and my home continent 25 years ago  to study water and climate evolution on deserts as well as on other planets like Mars.

This year the COP27 is taking place in Africa, in Egypt, in what I believe is a critical time for humanity and within a unique climatic context. Make no mistake, this COP is unlike any other. It comes at a moment where our planet is witnessing a rising water, energy and food crisis that I personally believe as a scientist could have been avoided if more belief in Earth science and climate research could have found its path to regional decision makers. The Climatic crisis and the conflicts they generate, are there to remind us that diplomacy alone cannot resolve our challenges if regional science is lacking behind. We cannot resolve a problem that we do not understand and when it comes to water recourses and the impact of sea level rise on a desert area like North Africa and the Arabian Peninsula, we are still behind.

In the city of Sharm El-Sheik we are at the intersection of these two areas that are lacking observations and suffer from a wide disbelief in climate research, often seen as auxiliary when compared to other political crisis in the area. The truth is, we can continue fighting each other and may be one of us will win, but if nature goes to war against us, we all lose.

Unlike any previous COP the country hosting this one is undergoing severe climatic and environmental challenges. Today, Egypt, a nation with 100+million, is the country with one of the highest water budget deficits per capita in Africa. That deficit is expected to double by 2050, reaching 250 cubic meters /year.  The same trends are observed in neighboring Libya, Sudan, as well as other Eastern African countries. This deficit is caused by the growing water demand from the growing population and is forecast to increase as more dams and more droughts are forecast in the Nile basin.

Today, East Africa and the Nile basin riparian nations, which are forecast to reach a population of half a billion in the upcoming few decades, are left with rudimentary tools to face the growing challenges of climate fluctuations that cause water scarcity and impact their food security.  Furthermore, Egypt’s and North Africa coastline is under continuous threat of erosion and sea-level-rise both accentuating the effect of coastal floods, degrading coastal aquifers, and deteriorating sandy beaches and deltas that served for thousands of years as the food basket for successive civilizations.

The above did not happened by surprise or overnight. Ignoring environmental, climatic, demographic and operational constraints for decades has led to this dramatic scene in Africa. Furthermore, mistakes at every level due to the lack of realistic and comprehensive long-term plans, resulted in aggravating the situation.

But water stress and climate change impacts in arid areas are not a fatality, and we can mitigate them if proper measure are put into place. I am calling on every decision-maker in developed nations to support climate research in arid areas through the following actions:

-1) All International aid for arid countries for the next decade should be mainly focused on water and climate research, improving the technical capabilities of local research centers (UN complementary salary for water scientist to help retain them in their countries).

-2) Incentives and additional support should be given to global universities hosting water and climate change programs focused on supporting arid areas. Faculty and students working in these universities spend a tremendous effort helping their fellow scientists in arid regions. Efforts that have to be recognized as part of their academic carrier advancement.

-3) Space agencies should establish rigorous program for assessing climate change in Arid area similar to those for Antarctica and Greenland. The perception that climate change impacts on Africa is a regional issue, often lead it to be treated as a charity question, and drops it from several academic research institutions to be mainly managed by development agencies, causing things to degrade even further. I personally had a more rewarding academic carrier looking for water on Mars than in the desert of my own native country. 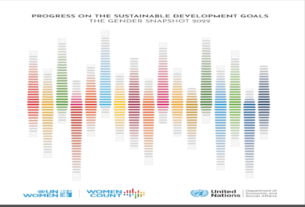 Progress on the Sustainable Development Goals: The Gender Snapshot 2022 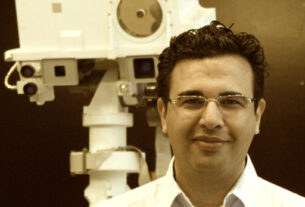 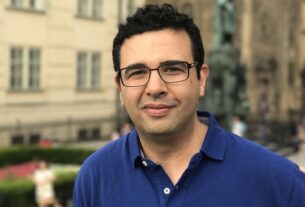