As part of the project of Virtual Activism’s Center for Knowledge Society Program, with the community development organization of 3ezbet Bekheet in Mansheyet Naser, GNU/Linux was installed in Mansheyet Nasr with the cooperation of EGLUG. Manshieyet Nasser is an informal settlement outside of Cairo, Egypt with a population exceeding 90,000.

In November 2004, Manal Bahey, Alaa Abdel Fattah, Ezabi, Mohammed Sameer and DJ-King’s laptop arrived at Mansheyet Nasr at 9 p.m. First, Ezabi and Manal set up the network, while Alaa Seif and Mohammed Sameer were installing GNU/Linux on one of the PCs in preparation of the network install.

The network installation began after midnight and they succeeded in installing Mandrake 10.1 on 9 out of the 12 pcs. Those PCS had been granted to the Community Development Organization of Ezbet Bekheit as a gift by the Ministry of Communications in Egypt two years earlier. However, they had no software and no internet and were therefore useless computers.

Installation was complete at 4 a.m, and they spent three more hours installing Arabic fonts and extra packages, showing GNU/Linux to Nasha2t and Mohammed of the CDA and closing the ducts and wrapping the cables. 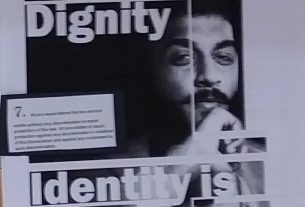