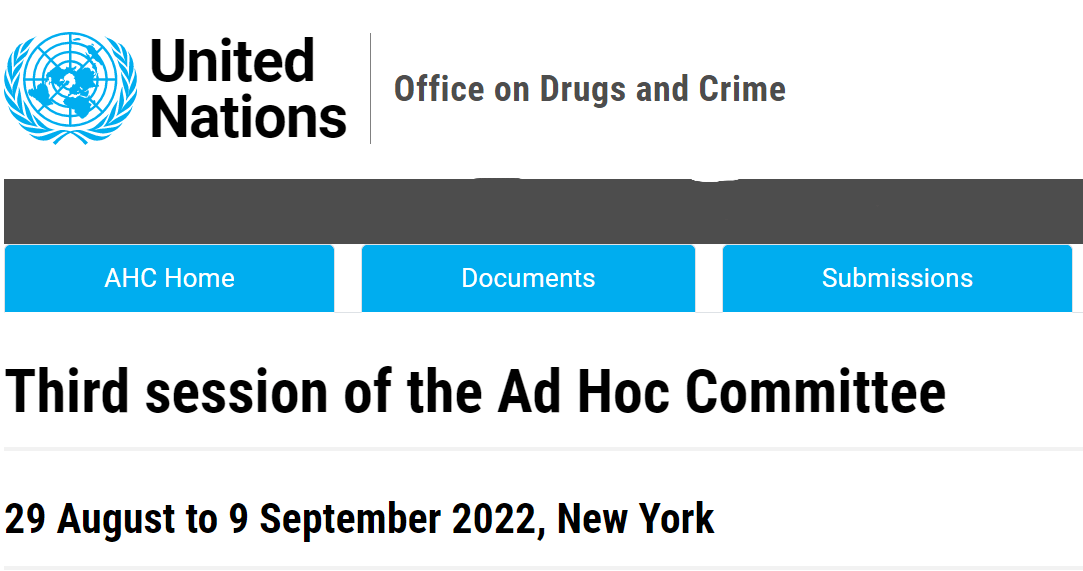 The third session of the Ad Hoc Committee to Elaborate a Comprehensive International Convention on Countering the Use of Information and Communications Technologies for Criminal Purposes, began on August 29th and is ending September 9th. There have been multiple non-profit organizations who have had their input as of the 1st session, including VA. With this 3rd session, some contributions were made by states as to what a final convention would look like. This was our submission to the Committee:

Thank you for your efforts to keep us all safe online. The use of ICTs for criminal purposes has been spreading around the globe, and there is no doubt that this needs to be addressed for the security of our persons and infrastructures.

However, Virtual Activism, its constituents and stakeholders wish to express fear of overreach, even with the best intentions and in good faith. We therefore must stress the importance of strengthening safeguards against the abuse of power through both the international application of the convention and through local laws. We cannot stress this enough: nothing in this declaration should contravene any prior human rights declaration or convention which had gone through rigorous discussions before.

Transnational criminal activity revealed the need for international cooperation which, I’m afraid, will also come at a great price to online freedoms and privacy if such stringent safeguards are not in place and if the wording in the declaration is not refined and defined carefully. While international collaboration is important, we must not overlook the nature of each country’s ruling systems. There is a clear difference between democratic countries that respect and apply the rule of the law to the best extent possible, and there are authoritarian countries that do not. As with any international declaration or convention, we seek commonalities as a starting point, but we should not overlook the differences. While extradition and cooperation is important in certain cases, we believe states needs to investigate extensively the reasons behind the request and maintain the right to deny such a request if deemed unreasonable.

We support the EU’s statement that: “we must avoid creating a possible situation of conflict in standards. It is imperative to ensure the future convention includes strong provisions on the protection of human rights and fundamental freedoms, including the right to privacy and the protection of personal data. We must guarantee full compatibility of a future UN Cybercrime Convention with international legal obligations in this area. In order to be effective, this instrument should provide the necessary safeguards, including proportionality, legality and necessity of law enforcement action.”

In addition, we wish to make three specific points:

First: The wording of the declaration needs to adhere to international human rights principles.

There needs to be an understanding that there is a huge gap between authoritarian and non-authoritarian states, which results in that what constitutes a crime in one state does not necessarily constitute it in a different state. For example, posting a satirical – hence considered subversive – social media post should not be considered a crime that falls under this convention, no matter what country, unless it is a specific call to violence. Yet authoritarian countries will use this, to accuse human rights defenders and others of ‘belonging to a terrorist group’ or ‘spreading terrorist and subversive ideas’.

Another example, in one of the proposed statements in a section called Offenses Related to Extremism – we find this statement: “Distribution of materials that call for the commission of unlawful acts with a political, ideological, social or ethnic motive, through information and communication technology, or any other unlawful act advocating racial or religious hatred or hostility in general, and the criminalization of advocacy and justify or provide access to such actions”. In addition, it adds “spreading strife, sedition, hatred and racism.”

Our experience shows that this has been abused in the past and will be abused in the future because this will directly contradict freedom of expression. What, in this case, are ‘unlawful acts’? would it be publishing an article or making a post online, as have been with many cases we’ve seen around the world? Would supporting an ‘unlawful act’ be supporting the right of women to drive for example?

The same proposal added this phrase: “spreading the ideas and principles of terrorist groups and calling for or justifying them.” This principle has been used against anyone who criticized some governments in any way, shape or form and has resulted in the imprisonment of thousands. While a ‘terrorist group’ depends on each country’s definition of terrorism and its local legislation and knowledge of security concerns and priorities, such a broad accusation has been attached to anyone from those who opposed the Iraq War for ‘supporting the terrorists’, to those who opposed the violations of the human rights of persons politically incarcerated for arbitrary periods of time.

For this reason we strongly support Finland’s assertion that “vague provisions criminalizing behavior that is not clearly defined in a future UN Convention would risk interfering with human rights and fundamental freedoms and thus must be avoided.”

Those principles and provision should not, therefore, be considered in the proposed convention.

Intermediaries such as ISPs , hosting companies and content publishers should not be held accountable nor liable for what is posted on their platforms. They had always been provided safe harbor and we urge that this should continue. What is proposed could lead to arbitrary takedowns and blocking of content by the ISPs themselves for fear of reprisals, which will result in curbing free speech. Intermediaries must not be held liable for failing to restrict content that is protected by Article 19 of the UDHR.

Circling back to definitions, what is unlawful content? How is it defined transnationally? Civil society has been working on those issues for a long time. I therefore urge the Committee and its members to refer to the 6 detailed Manila Principles of 2015, proposed by civil society groups from around the world which state that: “intermediaries should be shielded and protected by law from third party content. The policies governing the legal liability of intermediaries for the content of these communications have an impact on users’ rights, including freedom of expression, freedom of association and the right to privacy.”

It adds, intermediaries must never be made “strictly liable for hosting unlawful third-party content, nor should they ever be required to monitor content proactively as part of an intermediary liability regime. There needs to be respect for due process. Laws, orders and practices restricting content must be necessary and proportionate in a democratic society”.

Lastly, an intermediary should not disclose personally identifiable information about a user without an order by a judicial authority.

Whistleblowers are protected in the democratic world by local laws and legislation. Whistleblowers have been instrumental in exposing fraudulent activities by both corporations and governments, as well as governmental illegal and at times criminal activities that are contrary to their country’s constitutions. Whistleblowers should continue to be protected and their protection clearly stated in this convention. They should not fear reprisals and, as the US proposal suggests, we should ensure that all State Parties “take appropriate measures within [their] means to provide effective protection from potential retaliation or intimidation for witnesses in criminal proceedings who give testimony concerning offences covered by this Convention and, as appropriate, for their relatives and other persons close to them.”

In conclusion, we urge the Committee to consider removing articles that are too broad or re-write those that are too vague, and to refer to those principles that have been agreed upon in prior conventions and declarations.

Thank you for your attention. 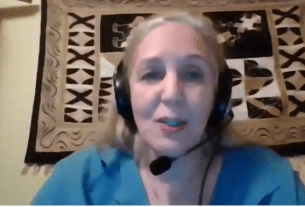 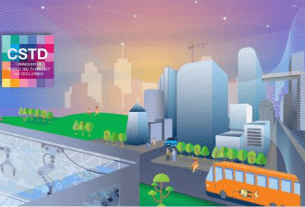 Commission on Science and Technology for Development, twenty-fifth session